Currently, all coal sold is derived from domestic coal mining and coal import from the world. With this direction, for many years, Vietnam has well addressed the risks of supply shortages, effectively overcome factors affecting production lines and energy use.

Coal imports allow for improvements in many aspects of economic relevance, achieving immediate and long-term plan targets. It can be said that imported coal plays a very important role in the energy development strategy, and major sources such as Indonesia, Australia and Russia are indispensable factors in the future planning of the coal industry. Vietnam. So what are the characteristics of these coal sources? How are the advantages shown? Please join us to find out. 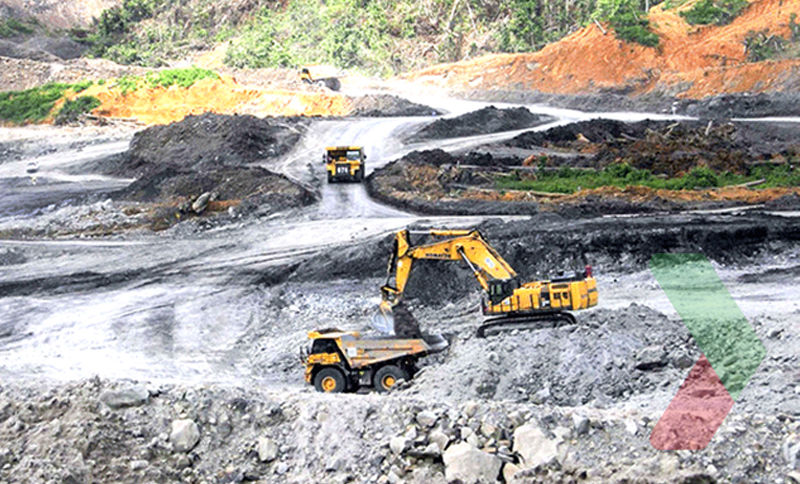 Referring to the coal market in Asia, Indonesia is the top coal supplier in the list. In the coal mining supply chain, Indonesia has always been in the group of countries with a sustainable supply, creating the most stable and efficient performance.

Vietnam highly appreciates the quality of Indo coal that is being sold in the market. On the world mining market, Indo coal is ranked in the top of the cheapest and most suitable coal sources for the vast majority of consumers. Obviously, good quality, reasonable prices and abundant reserves are the main factors influencing Vietnam's decision to import coal, and promises to be a testament to high economic efficiency.

ietnam started to import coal since 2013, however, began to accelerate and strengthen from 2015 and gradually increasing continues to present. Indo is the first typical market that our country is aiming for, with a rich variety of coal and flexible processing purposes.

Indo coal has many outstanding advantages. The first is the potential for coal supply. Indo coal reserves are very plentiful, with nearly 23,000 million tons, can supply long-term development plans of the energy sector in the future. This is considered to be the largest coal production source in Southeast Asia, accounting for more than 5% of the statistic coal reserves in the Asia-Pacific.

Second, Indo coal meets the mining properties and is highly suitable for the coal supply requirements of power plants. In recent years, Vietnam has increased its selection of sub-bituminous and bituminous coal to serve this field of activity, which is a source of strong competition with Australian coal of the same calorific value. Thanks to this alternation, the supply probabilities and economic feasibility are improved higher.

In addition, coal imports from Indo are also environmentally beneficial, that is, most coal mined in Indonesia have a low percentage of ash. When burned, they emit less toxic gases into the environment, which is the main advantage when choosing to use. Moreover, the coal price mentioned above is also a plus point to promote competitive trade cooperation.

Coal is imported from the Australian market, the ideal source of coal for the quality of the supply 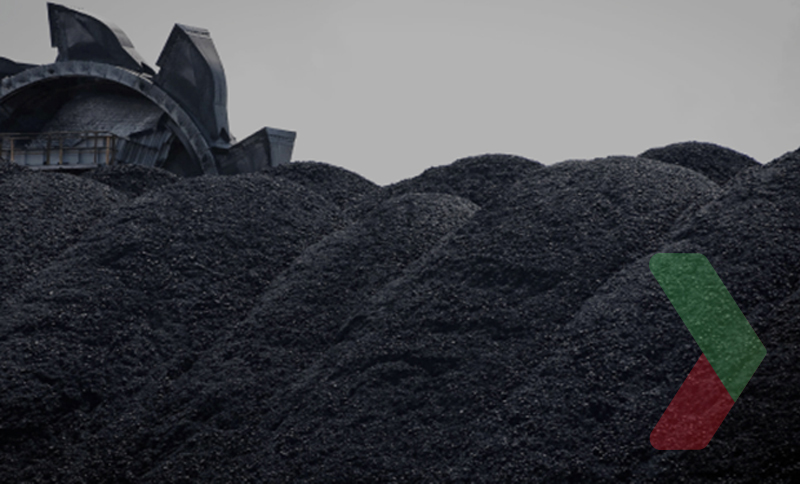 Coal is the main source of energy in Australia and is considered the core of world coal trade. The total amount of coal available in Australia surpasses that of Indonesia, with nearly 145,000 million tons, accounting for 14% of the total world coal reserves, ranking third in the energy industry.

Australian coal includes many different types such as black coal, sub-bituminous coal, bituminous coal and brown coal…. responding well to the needs of use in the fields of metallurgy industry, consumer power generation ... In the energy scenario, Australia will further strengthen the coal trade, with a total estimated amount of more than 850 million. tons of coal for the year 2050. It is predicted that this will lead the strong energy growth trend in Asia, including strong coal-dependent countries in ASEAN, India...

Australian coal price from here until 2030 is forecasted to range from 160-166.7 USD / ton, depending on the type. According to coal researchers, imported coal from Australia is highly valued in the Vietnamese market because it has a number of basic advantages. Specifically, Australia has abundant coal reserves, diversifying types of coal and quality coal exploitation; Comprehensive co-operation and development policies for the coal industry are encouraged by the governments of both sides and facilitated by investment, well controlled by the coal mine owner-contractor mode, etc., helping to manage operations more easily.

Coal import from the Russian market, one of the three main sources of domestic development strategy

Besides coal import in Indonesia and Australia, Vietnam also promotes the development of coal trade with Russia. Coal import volume from this country has increased year by year, showing a significant and positive contribution to the development mechanism of the energy industry. 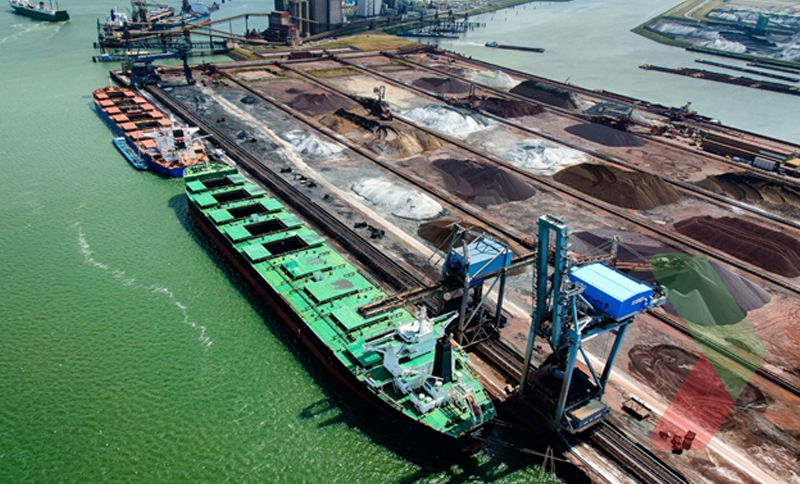 The total coal reserve in Russia competes strongly with many other major suppliers in the world, accounting for 15.5%, (second only to the US). With an output of more than 160,000 million tons, Russia is confident that it can serve the world consumer market within 391 years. In terms of exports, Russia ranks third in the world, behind Indonesia and Australia, and provides a significant source of revenue for the commercial economy. In 2017 alone, coal exports brought Russia more than $ 13.5 billion.

The potential of the Russian coal market is huge, which can be met in the long term in the future. The abundant coal reserves are a strong point for countries to prioritize the use of fuels for cooperation and development, including Vietnam.

The price of coal sold in Russia is very competitive, however, when supplying to the Asian market, there are many obstacles, due to the lack of geographical advantages. In fact, the selling price of coal in Russia is very low, but the transportation costs are much higher, hindering the market connection. In the near future, policies to support logistics transport will be reviewed and implemented in more detail, facilitating a wide and comfortable access to goods sources.

The direction towards coal sale-purchase cooperation between Russia and Vietnam is focused and highly appreciated for the orientation of arranging a stable and long-term coal source. The bilateral relationship between the two countries is strong, the political conditions are favorable, together with the deployment of similar technology .. are the bases for sustainable cooperation in the past, in the present and in the future.

Thus, from the above analysis, we show the potentials and strengths of the three main coal supplies in Vietnam. In the short, medium and long term energy development plan, Vietnam will remain attached to these markets for a long time and will focus more strongly on application market expansion and development. Specific strategies will be formulated closely and firmly to ensure smoothness in maintaining stable energy sources according to set targets. 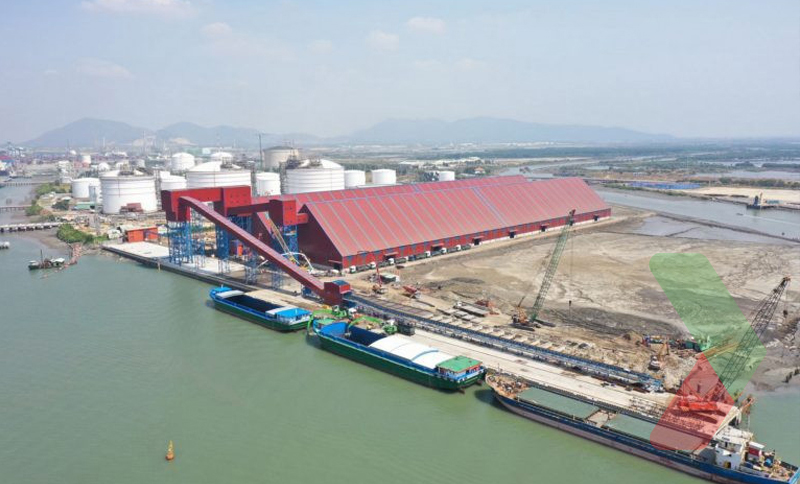 Currently, many coal companies in Vietnam have been implementing coal import projects from three countries: Indonesia, Russia and Australia. Among them is Thuan Hai - the leading coal importer in Vietnam . At the same time, the chain also supplies closed fuel from ports, port warehouses, satellite storage systems to barges, professional transport fleets, which has greatly reduced fuel costs for customers. If you are in need of coal, you can contact the company directly for advice.